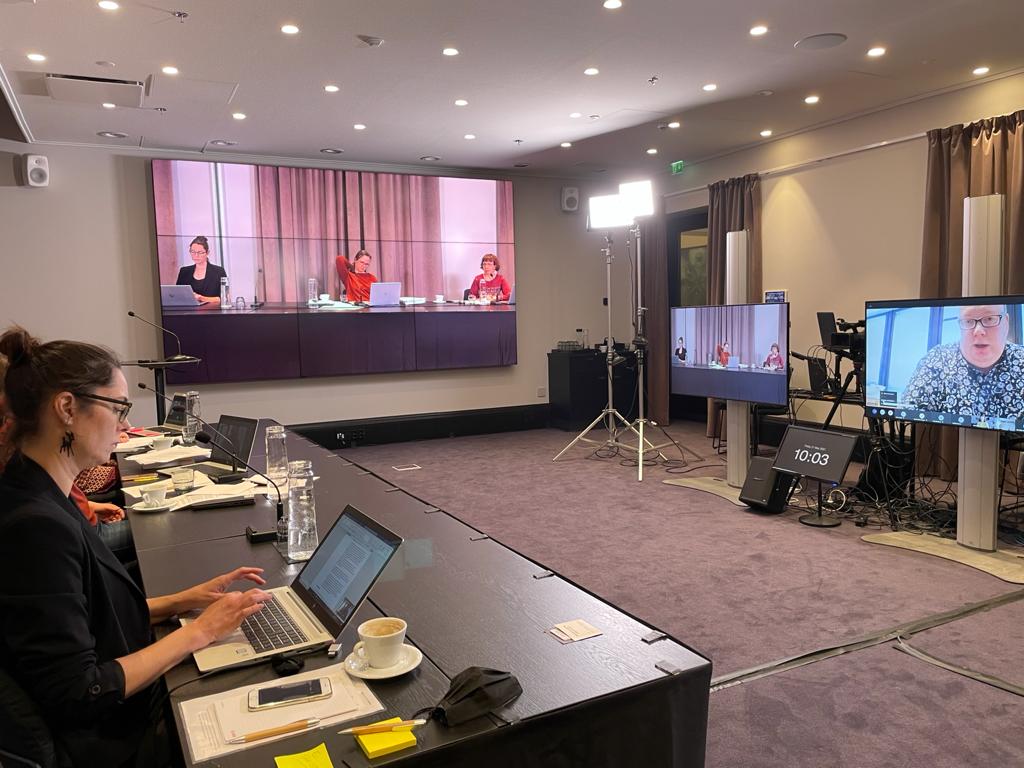 The highest decision-making body of the UJF, the Council, met remotely for its spring session from 20 to 21 May 2021. The meeting dealt with matters ranging from the rules of teleworking to government support for the media, EU copyright rules, occupational health for freelancers, the work of the Mediakunta cooperative, solidarity with journalists in Belarus, and awards and recognition for outstanding work.

The meeting was chaired from Helsinki and the delegates participated remotely. The union Council comprises 79 delegates from the different union associations.

In her opening remarks to the meeting, UJF president Hanne Aho suggested that the union could start promoting models of working that would bring flexibility to work and leisure. She also raised the issue of media support.

“People should have more freedom to decide how much they work. Someone might want a long holiday in winter, another might want a Friday off and a third might want a six-hour working day. Of course it would also affect pay, but there are those for whom a temporary arrangement is fine.”

According to the UJF president, the new model could support many people who want flexibility in their work. At the same time, there would be more work for those who would like to do more, such as part-time workers and freelancers. Working conditions and remuneration should match those of a permanent worker.

Work flexibility was also the theme of a lively debate on the pros and cons of distance working, which has affected the work of most media professionals since the pandemic.

Many delegates spoke about their experience of teleworking in their own workplace, how teleworking arrangements have been agreed and how it has contributed to their well-being.

But it was seen as important to establish clear rules for teleworking so that it does not become a burden and that people do not have to work against their will. Petri Savolainen, UJF head of advocacy, said that the union would discuss the issue with employers and union members. The issues of teleworking would be agreed at the workplace level.

Delegates also discussed the state of the EU Copyright Directive. The implementation of the directive is being delayed in several countries, including Finland. The meeting heard from Lawyer Sanna Nikula that the union aims to make the directive as beneficial as possible for authors and copyright holders. The union is working with the Copyright Forum, and the government’s proposal for the law is expected before the summer.

The Council heard that the union cooperative Mediakunta has fared well despite the Covid-19 crisis. Membership grew by 27, with 262 members at the end of last year. The profit for the financial year was nearly €47 500. Mediakunta’s 2020 accounts were presented to the Council.

Traditional awards and honours were also distributed at the Council session. The 2019 Workplace Award, the Organisation of Excellence Award and the Honorary Mentions, which had not been awarded earlier due to the corona pandemic, were presented at a remote ceremony.

The Council also authorised the union Board to approve future collective agreements, discussed last year’s annual report and accounts, and heard from the union organising committee on plans for the future of the union.

The Council also issued a statement on the situation in Belarus (see separate news item).