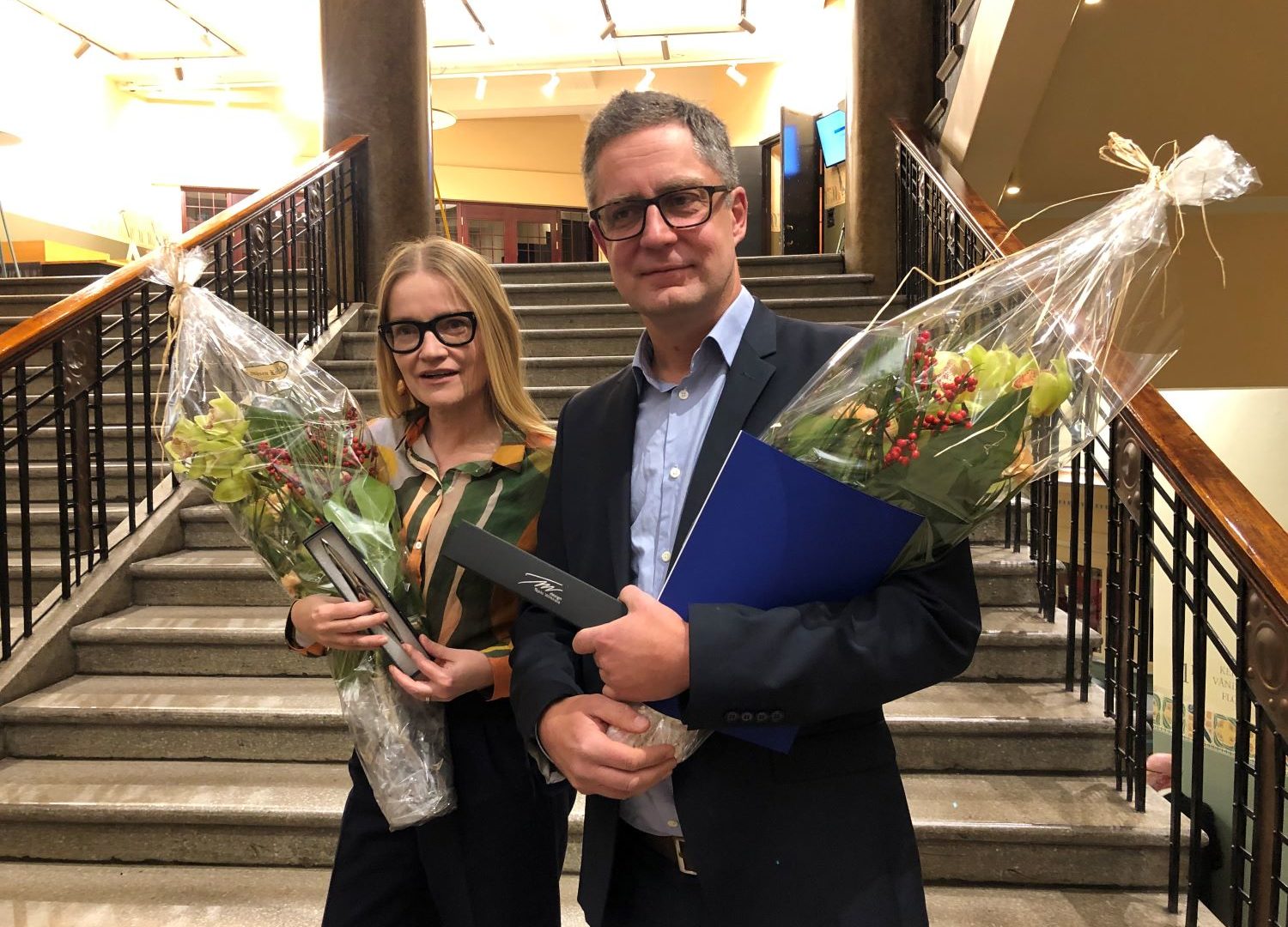 UJF President Hanne Aho has been elected for a third four-year term, for the period 2023–2026, by the UJF Council, which met 1 December in Helsinki. Aho has led the UJF as president since 2015. “The union works for its members and freedom of speech. I am proud to be able to continue this work”, she said in response to her re-election.

The union also elected a new Council and Board:

Hanne Aho continues as the Chair of the Board and UJF President.

The Council also awarded honorary freedom of expression scholarships of Eur 5000 to two pioneering journalists. Antti Kuronen received the scholarship for his reporting from eastern Ukraine, Nagorno-Karabakh and Syria, and his highlighting the human impact of war. Johanna Vehkoo received the award for her work in defence of freedom of expression in Finland and for her persistent struggle against defamation and hate speech resulting from her work as a journalist.