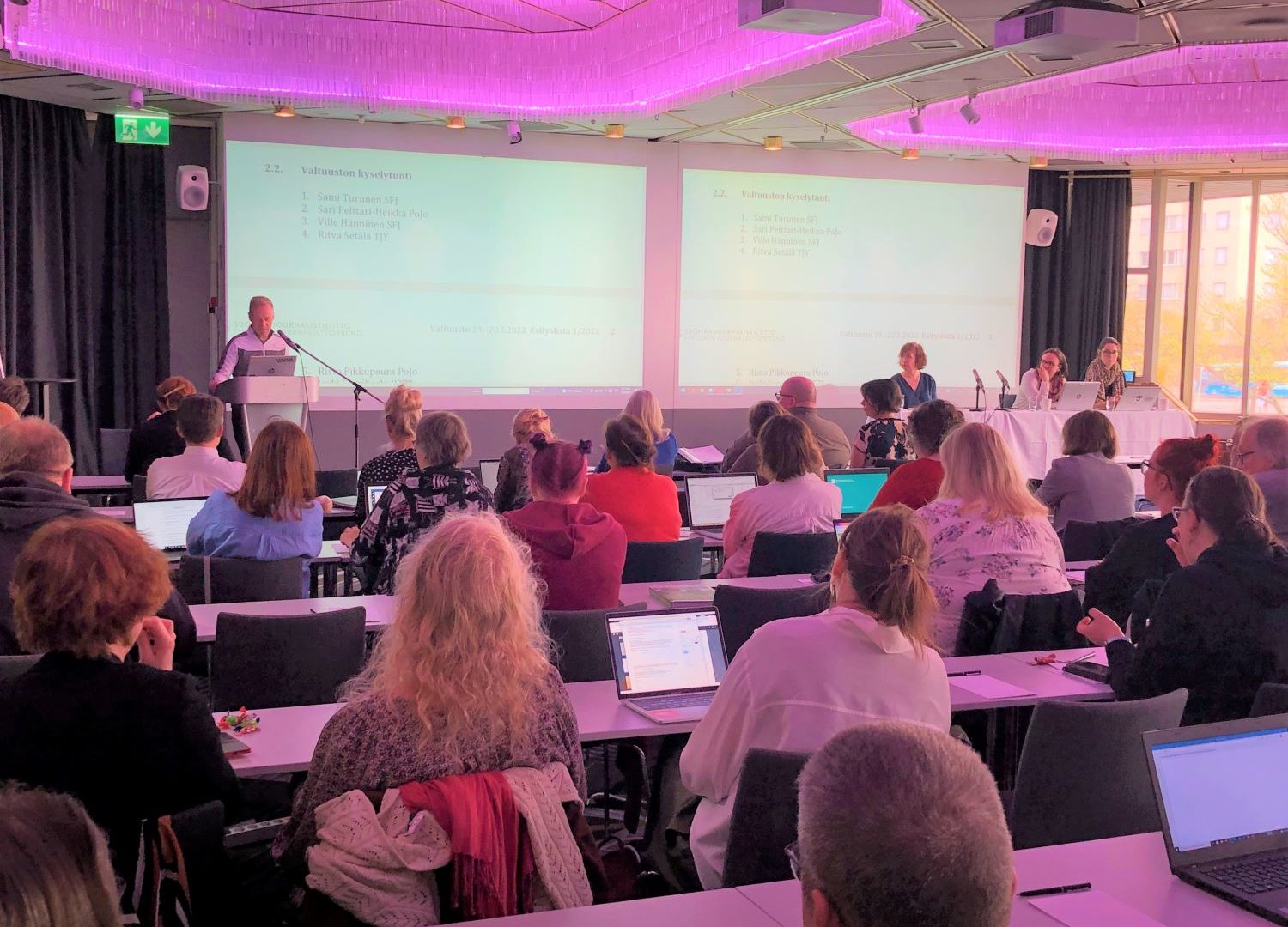 The spring session of the UJF Council, 19 May, discussed the situation facing journalists in Finland and abroad and the work of the Union to improve members’ rights. Photo: Mika Heijari

The spring session of the UJF Council, 19 May, discussed the situation facing journalists in Finland and abroad and the work of the Union to improve members’ rights.

Union President Hanne Aho said that charges brought against three Helsingin Sanomat journalists and the further concentration of media ownership in Finland were responsible for the country being ranked fifth in the World Press Freedom Index. But she stressed that overall the situation in Finland is good.

“We must use this opportunity to hold those in power to account and to inform the public. But we must also take our responsibility seriously to support those who have been deprived of freedom of expression.”

Aho said that the UJF is concerned about the situation of journalists in Russia, Belarus, Afghanistan and many other countries where “journalists work in an intolerably difficult environment; under conditions of war, censorship, persecution and poverty.” She said that Finns must support them.

The Council sent a message of solidarity and appreciation to journalists in Ukraine, which in part read: “You are working ceaselessly to keep your citizens informed, to protect them from lies and misinformation and to help them withstand the horrors of the attack on your democracy. We, your colleagues in Finland, think of you every day. We admire your courage and perseverance and how you continue to work, sometimes without pay and without protection, even at the risk of your lives.”

On conditions in Finland, the UJF president said that the impact of inflation, now 5.7%, was particularly hitting media freelancers, making it even harder for them to manage. She said that current uncertainties in world politics, raw materials prices, the war in Ukraine and the global economy, make it especially hard to predict pay trends.

The Council session discussed ways to improve interaction between the Unions different member associations, including pooling staff resources and holding joint events, which would be opened up to all members regardless of the location of the association.