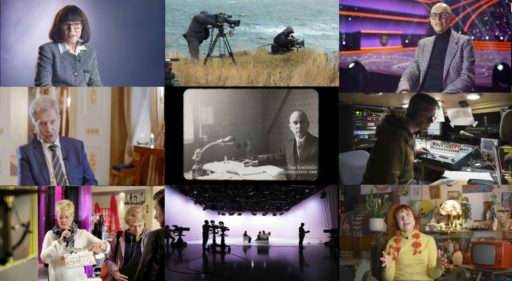 The UJF premiered, 23 March, a documentary programme on the history of the union to mark the hundredth anniversary of the creation of the journalists union and held a discussion attended virtually by some 350 union members. The programme was made for the union by Gimmeyawallet Productions.

The documentary, a 13-minute fast paced overview of the history of the union, from its beginnings as a grouping resembling a gentleman’s club to its current manifestation as an organisation of over 14 000 members and 150 workplace shop stewards, and party to nine collective agreements covering different sectors of the industry.

The documentary covers high-points in the union’s history, including its successful use of strikes, in 1972 and 1980. These proved that journalists had sufficient clout as a force of organised labour. Strike action has been only rarely considered, and only after much deliberation, meaning that the threat of it is taken seriously by employers.

The union has always had ambitious and far-reaching goals both in improving the terms and conditions of work but in being a watchdog on power and a champion of journalistic ethics and freedom of information. This has not always been easy.

A former president of the union, Eila Hyppönen, remarks in the documentary that one reason the union is perceived to have been a gentleman’s club in its early days is that its ambitious ethical aims couldn’t be realised at the time — a reference to the harsh political environment of the post-Civil War period.

In 1990, when there were youth protests in Oulu, the police, on the hunt for evidence, attempted to seize film taken by photojournalist Matti Pietola. The union moved deftly to protect its member by getting the sought after film moved to the German journalists union for safekeeping. The courts upheld the union’s stance on source protection and Pietola was allowed to keep his material.

“There have been many attempts to break source protection in the past, but it’s never succeeded,” says the current UJF president Hanne Aho in the documentary. “It’s crucial for safeguarding a source, meaning the person giving information, and many socially important issues would have gone unreported without it.”

As Aho pointed out in introducing the screening of the documentary, the UJF is the product of the efforts of thousands of people. The film shows how the media industry has expanded massively over the years, now encompassing many areas of communications work and involving highly trained professionals.

“It’s rare that a writer can produce a wonderful work unless there’s a good publishing editor,” says author Rosa Liksom, introducing a segment on publishing, a key sector represented in the union.

It is also increasingly involved in advocacy work and legal representation for individual union members, explains the UJF head of advocacy Petri Savolainen.

Increasingly the position of freelancers is being taken up in union concerns. “The terms and conditions of work should be the same for both freelancers and regular employees,” says Aho.  One goal of the union is to make sure that freelancers will also have collective bargaining rights.

The programme looks at how the media sector has morphed from, as Aho remarks was a “small guys’ club into a multi-activity communications industry”. Journalists also face new problems, including the rise of hate speech and trolling. Press freedom cannot be taken for granted and the limits of this freedom are being continually tested.

The virtual viewing of the documentary was followed by a discussion. Journalists Salla Vuorikoski and Lauri Nurmi discussed the state of press freedom in Finland.

Then former journalist and current managing editor at the Miltton communications consultancy Katri Makkonen and journalist-writer- social media influencer Ina Mikkola discussed the varied roles of media workers. The discussion was hosted by the editor of Journalisti magazine Maria Pettersson, and to round things off there was a stand-up routine from comedian Tomi Haustola.

The documentary programme (in Finnish with subtitles in Swedish) can be viewed below.