The collective bargaining negotiations are on, affecting practically all UJF members who are in an employment relationship.

The negotiations have turned out to be not only difficult but also uncommonly long. They would normally run for three to six weeks. For instance, the agreement for the Finnish Broadcasting Company (Yle) has now been under negotiation for 12 weeks, and with no end in sight. 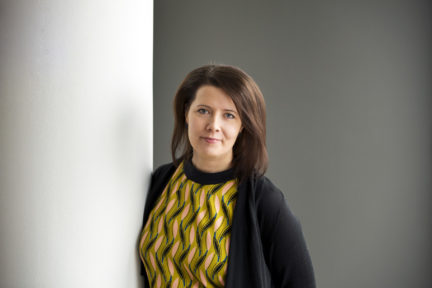 “Everywhere, our negotiations are complicated by the upshot of the extra working hours of the Competitiveness Pact and issue of the level of pay increases,” explains UJF president Hanne Aho.

“The employers’ demands are, in some cases, much tougher than before, and for the first time concern our basic rights, including by restricting the right to strike. Through their proposals the employers have made it clear that they want to dramatically weaken workers’ rights and, ideally, cripple the activity of the trade union movement — including of the UJF.”

Aho says that the negotiating climate has deteriorated. “The labour market has regressed from building to squabbling”.

She says that often the negotiations are no longer about how to create sensible and workable working conditions for the workplace but about the employer wanting to prescribe and enforce. “It’s about power. And via that, of course, it’s about money.”

Aho stresses that the employers’ association is stopping its members from negotiating rationally.

“With agreements on electronic media, we’ve also run into situations where the media houses would be ready to engage in intelligent negotiation but the proposals made by Palta, their employers’ association, are unrealistic or else prohibit negotiations altogether, for example concerning the Competitiveness Pact’s extra hours and pay increases.”

Coping at work in focus

Following feedback from the field, the union negotiators have suggested several concrete ways by which working conditions could be improved. Most of them concern pay development and coping at work.

“Employee burnout is a continually worsening problem in our industry,” says Aho.

“Our unequivocal goal is that working hours are not to be extended. We also believe that the extra working hours of the Competitiveness Pact are to be eliminated and that under no circumstances can holidays be reduced.”

When it comes to the negotiations for the press, the UJF has paid special attention to coping at work, pay development, and situations where working tasks are becoming more demanding.

“The union has also proposed improvements to the position of temporary workers. For their part, the employers propose retaining the Competitiveness Pact’s extra hours, for instance by cutting the winter holiday, plus a variety of models for shortening the summer holiday,” Aho points out.

Some of the proposals for cutting holiday entitlement are specifically aimed at people entering the industry or changing workplaces or roles.

“The employers propose in their models that new working contracts would contain shorter summer holiday entitlements or then no winter holiday. The long-term goal, therefore, would be to take the holiday entitlement of both the press and book editors towards the legal minimum.”

Aho is adamant that the union will not agree to such models.

She says that the negotiations are also affected by the fact that the Working Hours Act changed at the start of the year. The employers want the full flexibility of the act to be included in the collective agreement.

“The union cannot agree to this. The act also introduced legislation on shift work, which requires much negotiation for it to be rationally applied in workplaces.”

The initial stage of the negotiations for the press will continue throughout January.

At the negotiations concerning publishing editors the union has in particular talked about levels of pay, pay development, and coping at work. The employers, on the other hand, do not want to improve these matters by collective agreement.

“Quite the opposite”, Aho says. “They continue to propose retaining the Competitiveness Pact’s extra hours, for example by shortening the winter holiday. They also do not want to increase pay.”

The negotiations are in their initial stage and will continue normally throughout January.

Standstill at Yle and MTV

The Yle negotiations are at a standstill.

“In terms of content, we have come quite a long way. I would tentatively say that there will be no specific weakening of working conditions afoot, and there may be some progress on this front”, says Aho. “But it’s too early to say what the final outcome will be.”

“As with the Yle negotiations, it is waiting for a pay agreement.”

Issues still pending at MTV include what will happen to Competitiveness Pact’s extra hours, pay increases, and a few other matters. The negotiations were suspended at the beginning of December and no new negotiating time has been agreed.

At the negotiations for film and TV production employees, the employers want to increase their powers of diktat in the extreme. Among other things, they aim to change free days to working shifts at very short notice. They want increase working times to the maximum limit in the sector, which already has significantly higher workloads than elsewhere.

“The proposals are outrageous — and the returns would be negligible. Under no circumstances can they be accepted”, says Aho.

The negotiations have been suspended and no new negotiating time has been agreed.

Although the negotiations are at a difficult stage and there is no timetable for the final outcome on the horizon, Aho says that the aim is to reach agreement.

“But we are also preparing for industrial action, as is always the case in the context of collective bargaining negotiations.”

She stresses that it is therefore important that all members update their personal information on the UJF system through the extranet site in the event of possible industrial action.