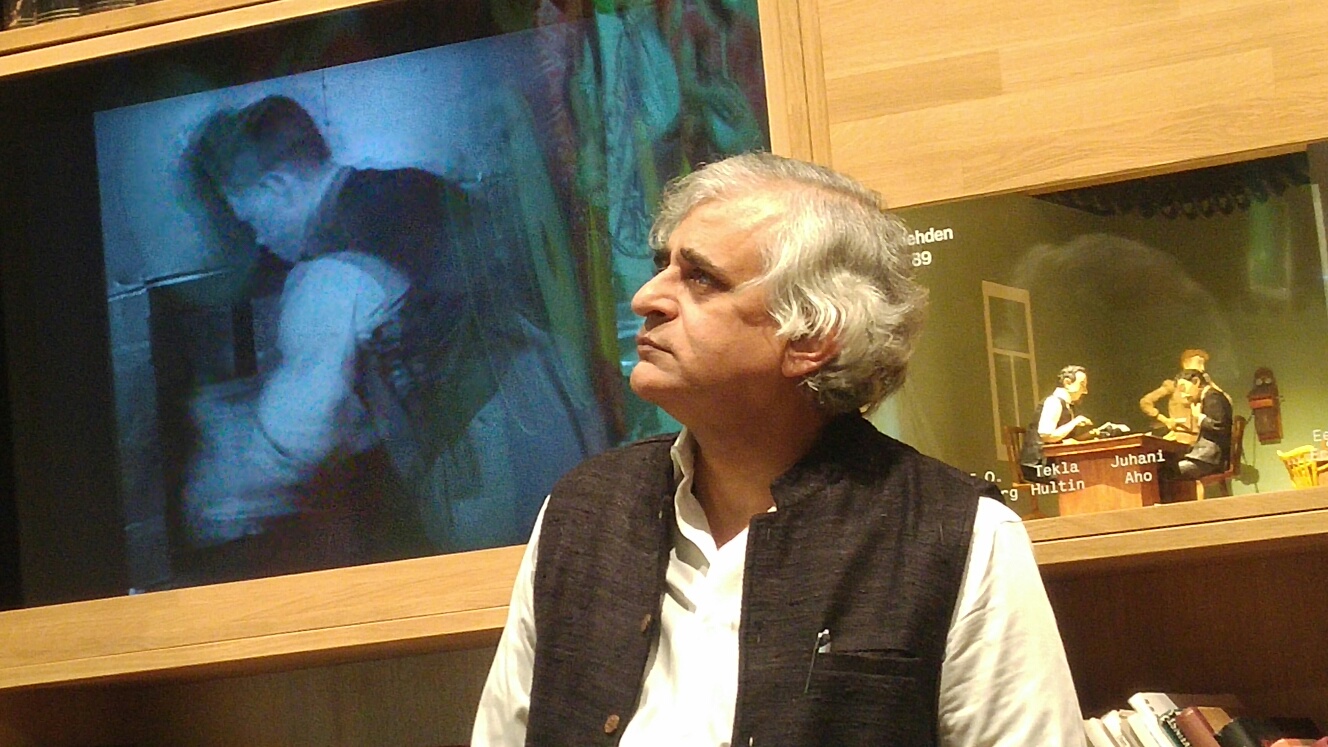 P.Sainath is a widely known Indian writer and journalist, author of the worldwide acclaimed, book, Everybody Loves a Good drought, for which he travelled widely all over rural India. Later he worked as the Rural Editor of The Hindu newspaper. He observed that all the rich diversity of life in the rural area, almost none was reflected in the mainstream media.

According to him, “on a five-yearly average, the Indian national daily newspaper, gives 0.67 per cent of its front page to 833 million Indians who constitute 69 per cent of its population”, Sainath said during a recent visit to Helsinki.

So in 2014, Sainath quit The Hindu and, with his colleagues, launched the People’s Archive of Rural India (PARI) to document and archive the rich and enormously diverse life of rural India, which happens in the blind side of mainstream media.

The lack of rural coverage are reflected in the beats of the newspapers. There is no single newspaper correspondent allocated to cover poverty, considering that India has the largest number of poor people in the world, he said. Neither are there any correspondents on labour. In spite of the claim by Indian newspapers of having agriculture correspondents, they do not cover farmers.

“An agriculture correspondent covers agribusiness and the Ministry of Agriculture. He does not go to the farm. He lives in Delhi and in the urban centres and cannot even tell a cabbage from cucumber”.

There appears to be a rational for blotting out such vast sections of the population from the media: “poor people and those who do not create revenue for the media are left uncovered. Poor people do not create profits for large corporations, except in terms of being exploited. They cover the Kardashians, celebrities, the Emmys and Grammys. They are not going to cover a singer from Northern Ghana unless that singer makes them money”, says Sainath.

What is more, the skewed media coverage moves in tandem with skewed allocation of resources to the disadvantage of rural India. For instance, in the state of Maharashtra, Sainath’s, home state, he says, 53 per cent of all bank credit in agriculture goes to Mumbai city and its suburbs where there is no agriculture, and not to the rural areas.

Against this backdrop, PARI is documenting and archiving “the everyday lives of everyday people”, what Sainath says, journalism ought to be doing.

“Rural India is simply the most complex part of planet earth”, says Sainath. “Its 833 million population speaks over 700 languages, 225 of which went extinct in the last 50 years”.

The vast linguistic diversity exists alongside an equally vast occupational diversity, also gradually disappearing, that needs to be documented and preserved for posterity.

”The occupational diversity means that there are people doing jobs in India that don’t exist anywhere in the world”. For instance, there are the traditional hydraulic experts whose ancient occupation in hauling large ships from the dry dock to the water, and also, experts in difficult underwater rescue operations can still be pressed into service whenever modern technology fails. Only about 2000 members of the communities of this rare knowledge are left.

But now PARI has now set about documenting all of that vast array of different kinds of weavings, languages of which there are only a handful of speakers left – in some cases only one speaker – hundreds of thousands of songs in audio, audio-visual and in text.

Sainath describes PARI as “a multimedia digital platform; a journal of the contemporary, an archive of the living past and a textbook of the future”.

To Sainath, every community, especially rural communities that are in retreat need to have their own archives. And indeed, some communities in India have already begun theirs.  Even a rural community in Nova Scotia in Canada, following PARI, will be launching theirs in January next year. In the meantime, the famous South African musician, Hugh Masekela has approached PARI to assist him create an archive of township jazz in South Africa.

When asked why there is the need for documenting occupations that no longer play a significant role in modern economic development, Sainath shot back: “they are your history, culture, treasure and heritage”.

“The types of weaving that society took two thousand years to evolve, should we just leave that to Benetton?”, he asked.

However, Sainath concedes that rural India is not all roses. The flipside reveals a rural India that has a “great degree of brutality and barbarism, cruelty, like caste and gender oppression. So even though the great schools of weaving are dying out, but the caste-based organisations are doing well and are stronger than they have ever been.

“The tragedy is that the last 25 years of neo-liberalism in India, the brutal and the barbaric are winning out”.