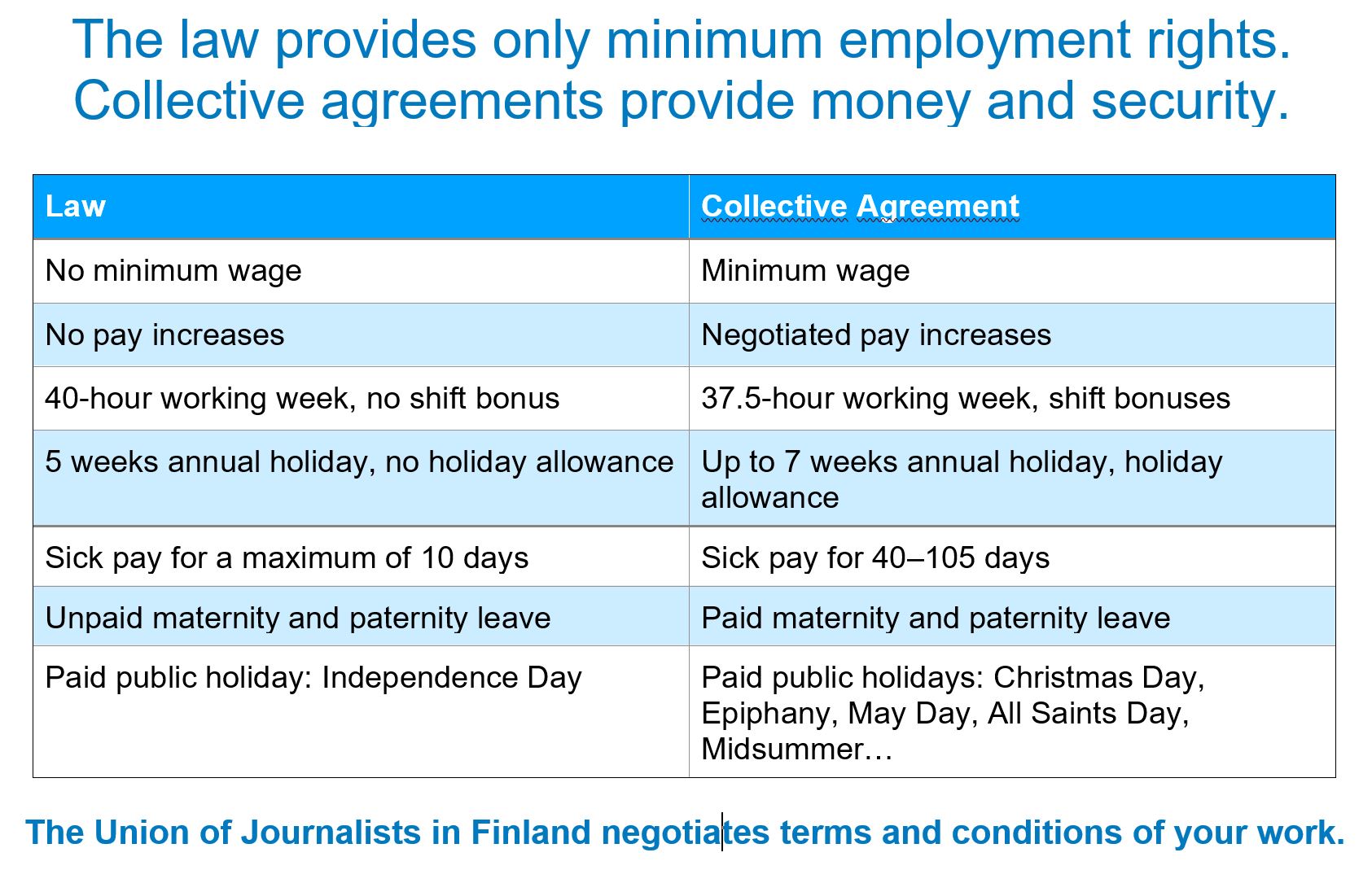 The incomes of UJF members in employment have increased by an average of 2.1 per cent over a two-year period. Average monthly take home pay is € 3 537, € 3 875 with allowances.

The earnings of the employed members of the Union of Journalists have risen by an average of 2.1 per cent over two years. The average monthly salary is EUR 3,537, the total earnings plus EUR 3,875.

“In the media sector, the increases in earnings are largely based on the collective agreements negotiated by the association,” said UJF head of advocacy Petri Savolainen.

The euro for women is now nearly 97 cents, compared to 96 cents seen in the previous survey.

“In terms of pay equality, we’re on the right track, but there’s still work to be done,” said Savolainen.

The total earnings of women under the age of 30 exceed the income level of men of the same age. Otherwise men’s pay is higher. The 50–59 age group has the highest earnings.

Basic monthly pay according to type of workplace

Journalists who specialise in economics, politics and the jobs market earn the most, according to the survey. Foreign affairs and sports are also higher than average earners.

The average working week is 36 hours. Overtime takes up about 4.5 hours a week, and is typically compensated for by time off, or a mix of time off and cash.

The survey also mapped the impact of the coronavirus epidemic. About one in two (47 per cent) respondents did not find that their workload has changed. 39 per cent siad that it had increased, and 12 per cent that it had dropped. Nearly two-fifths (38%) of respondents said that there had been some reduction in workplace activity.

29% of press employees have been laid off, while there have been no layoffs at the Finnish Broadcasting Company (Yle).

The biggest changes due to the corona epidemic concern working methods. Remote working has expanded by 79 per cent, and there has been an almost total changeover to remote working in publishing firms.

One workplace in five has switched to remote working for the first time. More than half of workplaces have new equipment introduced for this, such as messaging and video conferencing applications.

– The union asked its members by email for information for the survey in April 2020.

Freelance members did not take part in the survey. Their pay situation was the subject of an earlier survey, carried out in spring 2019, see: https://journalistiliitto.fi/en/freelance-survey-better-incomes-majority-satisfied-with-work/

The union also examined the impact of the corona pandemic on freelancers in spring this year: https://journalistiliitto.fi/en/freelancers-hit-hard-by-corona-pandemic-reduced-pay-and-work-few-have-sought-financial-support-for-sole-entrepreneurs/