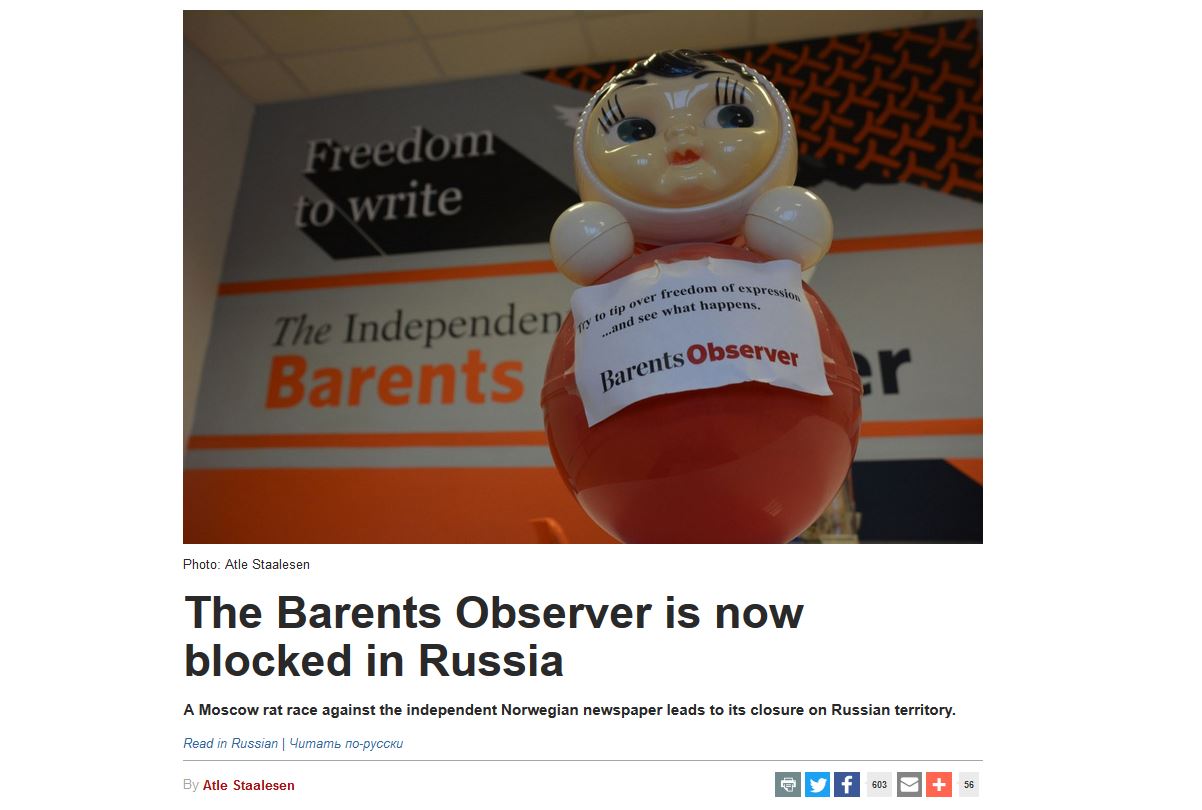 Barents Press International respects the Russian legislation and believes, if one of the published articles violated the Russian law, Roskomnadzor had the legislative right to block access to this particular article. But blocking the whole website for Russian readers violates their rights of free access to information.

Barents Press International calls upon Rozkomnadzor and relevant Russian authorities to restore the access to Barents Observer for Russian readers. Barents Observer is a vital key of our joint cooperation in our Northern Region.